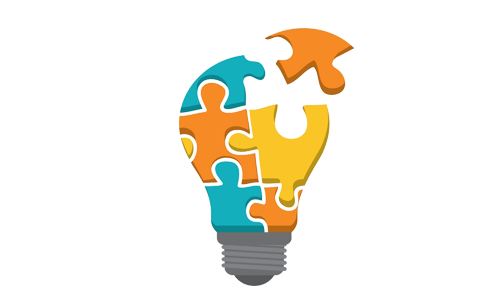 -        Playing chess against helps to develop humility in you?

The primary objective of chess is to capture your opponent's King while keeping your own well-guarded. When your King is trapped and cannot avoid capture, your opponent calls “checkmate” and the game is complete. … On the other hand, they teach us A win-win situation helps to develop humility in you. If you rely on others for your success, then it creates a sense of humbleness that enables you to find a mutual benefit situation. Win-win makes both parties feel satisfied because they believe that neither of them is a winner nor a loser. … Win-win sees life as a cooperative arena, not a competitive one. Win-win is a frame of mind and heart that constantly seeks mutual benefit in all human interactions. Win-win means agreements or solutions are mutually beneficial and satisfying.  … Accordingly, it is outdated to develop our children's abilities in order to defeat their classmates.

Chess develops the ability to see from someone else's perspective. Skilled chess players learn to anticipate an opponent's next moves. To predict what another person will do next, a player must develop the ability to adopt another person's perspective and infer what action they are likely to take. ... They waste their time and energy in discovering the weaknesses of others and neglect to use their abilities to achieve a goal, innovation, or work that serves everyone.

The chess-playing prowess doesn’t necessarily transfer to other domains. Play it as hard and well as you want, but it’s not necessarily going to help you be smarter in other fields. ... A decade ago, I interviewed several high-level chess players, and they all described the difficulty of trying to get the game out of their head. ... After a tournament, some would lie in bed unable to stop visualizing the pieces. ...” On to quote Einstein: “Chess holds its master in its own bonds, shackling the mind and brain so that the inner freedom of the very strongest must suffer.” ... Too much focus, too much devotion and sitting down, ... for nothing ... can be bad for you.

Napoleon the Great, who had a great passion for playing chess, was often beaten by a rough grocer in St. Helena. Neither Shakespeare, Milton, Newton, nor any of the great ones of the earth, acquired proficiency in chess-playing.

Those who become the most renowned players seem to have been endowed with a peculiar intuitive faculty for making the right moves. … Persons engaged in sedentary occupations should never practice this game; because chess misdirects and exhausts their intellectual energies. ...  Chess, robs the mind of valuable time that might be devoted to nobler acquirements, while at the same time it affords no benefit whatever to the plyer, community and country.

Muayad Alsamaraee, invented the architectural future chess, to be a realistic solution that makes change and conforms to the logic of the times. … What is so positive about architecture chess?

Architecture Chess develops the ability of the individual or the team to see from one perspective. Players learn to anticipate a next construction moves. To predict what another person will do next, a player must develop his ability to assist the other builder perspective and infer what action they are likely to take. ... They develop their time and energy in discovering the challenges of future and to use their abilities to achieve a solution can make their community future life protected, or develop an innovation, or work that serves themselves and their community. this Chess meet the standards of the STEM learning.